From Kohl to Collagen – Lexology

by happysalad_kgkf50
in Collagen Powders
0


The human race has been fascinated by cosmetics for thousands of years. Amazingly, the first nail polish originated in ancient China, ca. 3000 BC. It appears to have contained beeswax, egg whites, gelatin, vegetable dyes, and gum arabic. It was typically pink or reddish in colour – and it took several hours to dry!

Meanwhile, the ancient Egyptians used the copper-containing mineral malachite to create green eye paint; and mixed the lead-containing mineral galena with charcoal to create a black eye paint, called kohl. Kohl was thought to bring medical benefits, including sun protection. It was also used, in modified form, as a treatment for eye infections. Red ochre clay served as blusher and lipstick, but could also be mixed with natron, salt and water to create a poultice for burns. Natron (a mixture, mostly, of sodium carbonate decahydrate and sodium bicarbonate) was harvested from dry lake beds and had a myriad of other cosmetic and medical uses. When mixed with oil, it formed rudimentary soap. It was also used as a tooth cleanser: ancient mouthwash.

The Romans also used malachite as green eye shadow. Azurite provided a blue alternative. The Romans appear to have been rather more ambitious than the Egyptians as to ingredients, often opting for far smellier ones, such as crocodile dung in rouge. Ovid mentions an early form of beautifying treatment or face mask, using sweat wrung from sheep’s wool. The malodours from makeup had to be covered over with heaps of perfume. Early distillation technology may have been driven by the popularity of perfume. 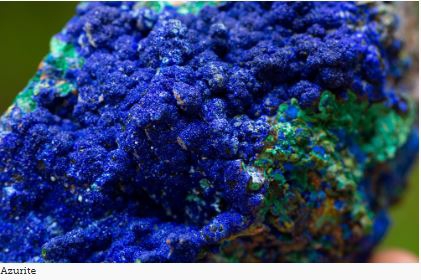 Turning to more savoury ingredients: henna has been used in India since ca. 300-400 AD. It has multiple purposes, from hair dye to the art form of mehndi, wherein intricate designs are painted onto the skin. Ancient Indian soaps also appear to have contained turmeric as a germicide, in addition to wheat husk as an exfoliant. The fragrance of flowers was used as a perfume.

In Japan, safflower petals were used as a rudimentary form of lipstick and rouge, being crushed into a paste to stain the lips. Ohaguro (lit. “black teeth”) was a cosmetic custom that involved the use of iron filings and vinegar to blacken the teeth. It was prevalent between the 10th and 19th centuries. A custom mostly for members of the aristocracy and samurai, it was also thought to have health benefits, acting as a dental sealant thus decreasing the risk of tooth decay. Oshiroi face powder was made from lead or – for those of higher social status – mercury. Similar toxic potions were used, for instance, in Britain and France in the 18th and 19th centuries, when lead was used in various face paints to notoriously ill effect on their users’ health.

This potted history of ancient cosmetics reveals an awareness of some ingredients being truly beneficial, particularly those that cleanse such as ancient soaps. On the other hand, many ancient cosmetics were very misguided as their users did not have access to the wealth of medical knowledge available today.

The close of the 19th century and the dawn of the 20th century heralded an increasingly scientific and rigorous approach to cosmetics. The emerging body of detailed medical knowledge fuelled a rejection of previously used harmful ingredients and a move towards more gentle products. 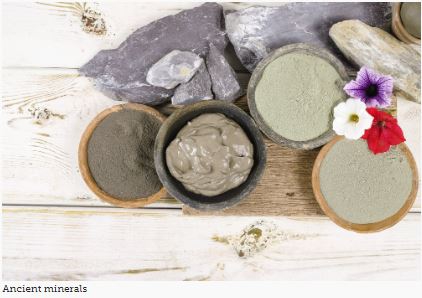 The first modern deodorant was formulated in the US in 1888. It was registered under a trade mark: “Mum”. Although ballet had influenced US and European culture in the early 20th century, leading to renewed popularity for cosmetics, it was not until the movie industry exploded into being in Hollywood that cosmetics began their meteoric rise. Max Factor – still a household name today – began marketing “non-cakeing, non-cracking” make up influenced by movie stars in 1904. The first synthetic hair dyes were invented around the same time and led to the creation of another household name: L’Oréal. In 1914, Maybelline was founded. Later, Coco Chanel embraced a sun-kissed look, fuelling a craze for fake tan products. The list goes on, from the introduction of tubular lipstick (1915) to the rise of Revlon (1930s) to the invention of the aerosol, enabling the production of hairsprays. Nowadays, we take mascara wands for granted, but they do not appear to have been invented until 1958. Previously, mascara was applied with a brush!

Fast forward to the 21st century, and there is a greater, more thoughtful focus on the benefits of individual ingredients and combinations of actives, driven by a yet more precise approach to formulations and an increased consumer awareness of the benefits of specific actives and their complementary functions. Often, there is now also an awareness of the environmental impact of ingredients and a pared-back, natural approach to formulations is popular with some consumers.

Over the past few decades, therefore, a few dozen ingredients have emerged as leading lights in the industry. Having run you through a potted history of cosmetics, here is a potted look at these leading lights.

One example is collagen. First identified in the 1950s by G. N. Ramachandran, collagen takes the form of a triple-helix and is the main protein giving structure to the extracellular matrix present in many connective tissues of the body. It is therefore extremely abundant in mammals and is found in diverse areas, from bone to tendon to cartilage; the degree of tissue mineralisation affects the rigidity/compliancy of the collagen-containing tissue in question. Collagen is now used in many different anti-wrinkle formulations and is a key ingredient of dermal fillers. Typically for these applications, bovine collagen is used although other forms have emerged such as jellyfish-derived collagen, coastal jellyfish being an abundant and cultivable source of the protein. An Espacenet® search for the keyword collagen in the claims of patents and patent applications in classification A61K 8/00 (Cosmetics or similar toilet preparations) or A61Q19/00 (Preparations for care of the skin) returns 4,110 results. Although this is a first pass at the patent landscape, to a first approximation it suggests a crowded field. Diving a little deeper, we can take a look at PatentScout® filings over time for a simple keyword search of “collagen”, which returns the following graph*:

There was evidently a swell in “collagen” patent filings up until a few years ago, followed by a recent decline. Possibly, this is due to the impact of Covid on innovation; else it may be due to the crowded field for collagen by ca. 2017, leading innovators to turn to other ingredients to build patent portfolios. It is also important to note that applications filed in 2021 and 2022 may not yet have been published (patent applications are normally published about 18 months after their priority, or filing date) and hence the surprising “cliff” at the end of this graph likely exaggerates the fall off in filings. This last comment applies to other graphs later in this article!

Retinol is a famous “sister” ingredient to collagen and also a leading light in the cosmetic industry. Retinol, or vitamin A, is considered an essential micronutrient for humans. Retinol is also thought to play a role in the body’s innate immune system. As to the skin, it appears that a metabolite of retinol, namely retinoic acid, helps maintain the balance (homeostasis) within epithelial tissues. It also appears to have a role in reducing sebum secretion, thus discouraging bacterial growth. The role of retinol in collagen synthesis means it is thought to have an anti-wrinkle, skin-plumping effect. Being lipid-soluble, topically applied retinol is thought to penetrate the stratum corneum and at least partially penetrate the dermis. It stimulates the synthesis of collagen by fibroblasts, mediates the removal of degenerated elastin fibres (thus improving skin elasticity) and promotes the formation of new blood vessels (angiogenesis). Although it can have an irritant effect, many effective ways have been found to moderate this, for example co-actives or mild regimes delivering a well-controlled retinol dosage.

Retinol’s popularity with consumers is reflected by a considerable tranche of patent filings claiming subject matter related to this molecule. A similar Espacenet® search to that used for collagen, but replacing the keyword collagen with retinol, returns 1,116 results. Interestingly, a PatentScout® search for patent applications related to retinol returns a graph that looks quite different to that generated for collagen:

It may be that the spike ca. 2007-2008 correlates with the first, meteoric introduction of retinol into the skincare market. After that, retinol has had a bumpier ride than collagen.

Besides the anti-wrinkle and skin-plumping wizardry of collagen and retinol, there are some basic stalwarts of the industry that leave skin glossy and may fight wrinkles: simple physical exfoliants. Physical exfoliants provide a scrubbing action to remove an outermost layer of dead skin cell debris. Historically, they have included miniscule beads or granules of plastic. Recently, concern for the environmental impact of such beads has grown and a need for alternatives has emerged. One simple option is silica microgranules. Research has shown that compared to other minerals (such as pumice) and plant products (like almond shells or oats) silica has the lowest environmental impact over its life cycle, from extraction and manufacture to end use and disposal. It is effectively sand, after all!

Alternatively, chemical exfoliants have been around for a surprisingly long time. Glycolic acid and salicylic acid are two good examples. Famously, of course, salicylic acid is a precursor to (a metabolite of) aspirin. Salicylic acid is found in willow bark, so its name derives from the Latin for willow – salix – and willow bark has been used for a wide variety of medicinal purposes for over a thousand years. In the 1500s, the first known use of salicylic acid in skin treatment was reported (rather unromantically, to slough corns or other calluses on feet). Salicylic acid helps dislodge epidermal cells, loosening pores and helping clear the way for new cells to grow. Meanwhile, glycolic acid – a more recent addition to the skincare world, but established nonetheless – is thought to have a similar effect. Let’s take a look at the glycolic acid PatentScout® graph:

Interestingly, the graph is similar to that of collagen, suggesting corresponding influences are at play.

If you’ve ever used an exfoliant like glycolic acid, you’ll know it’s important to follow up with a moisturiser! Actually, moisturisers can be divided – broadly speaking – into two camps. Humectants are hygroscopic, drawing water to the skin. Emollients, on the other hand, cover the skin with a protective film thus trapping moisture. Together they can attract and trap water molecules, decreasing trans-epidermal water loss therefore increasing skin hydration. Now, although the Romans’ use of sheep sweat as mentioned above may sound disgusting, the twist is that there is a modern equivalent! Lanolin (from the Latin lana + oleum, literally wool oil) is a commonly used emollient. It is a lipidic secretion from wool-bearing animals’ sebaceous glands. Other emollients are a little more savoury and include petrolatum, mineral oils and dimethicone. As for humectants, you may have noticed ingredients such as glycerin, lecithin, and propylene glycol on the back of your moisturiser pack. Of course, the ingredients just mentioned are well-established – while they are reliable and very safe, they may not always be the most environmentally friendly ingredients of all, or the kindest to sensitive skin. The industry has generated a wealth of alternatives, as reflected not only in the ingredients on the back of a moisturiser pack, but in the patent landscape of emollients and humectants. Just taking a quick look at the PatentScout® graph for “humectant”-related patent application filings over time:

Besides the expected drop-off due to unpublished patent applications filed in 2021 or 2022, this graph – for a general term covering a class of functional molecules, rather than a specific, single ingredient such as retinol or collagen – shows undulations yet a general upward trend. Clearly, innovation in this sector is strong and sustained.