Hunger and malnourishment are one of the biggest world problems and many people around the world from underdeveloped countries are suffering from them. According to the reports of the UN Food and Agricultural Organization, more than 3 Billion people around the world could not afford a healthy diet in 2020, which was more than 112 Million in the 2019 stats. This increase in numbers was due to several factors but what stands out is the rising food prices when the average price of healthy food is 3.3% more than that of 2019’s.

In Africa, more than 90% of the population cannot get healthy food. Sub-Saharan Africa is affected the most by it because droughts occur there frequently. The Russian invasion of Ukraine has also made things worse for Africa because they got about 50% of their wheat from these two countries. Now the children born in African countries are malnourished and most of the people die from hunger.

It is going around that in November 2022, the world population will surpass 8 billion people and even the developing countries are worried about food shortages. By 2050, the population will increase up to 35%, and to meet the food needs of the people, crop production will also increase. But the production should be environment friendly because the material used in crops is the worst cause of greenhouse gas emissions and we do not want it in a world full of other problems. Now everyone has to work hard to sustain as much food as possible because the coming days aren’t looking that good. 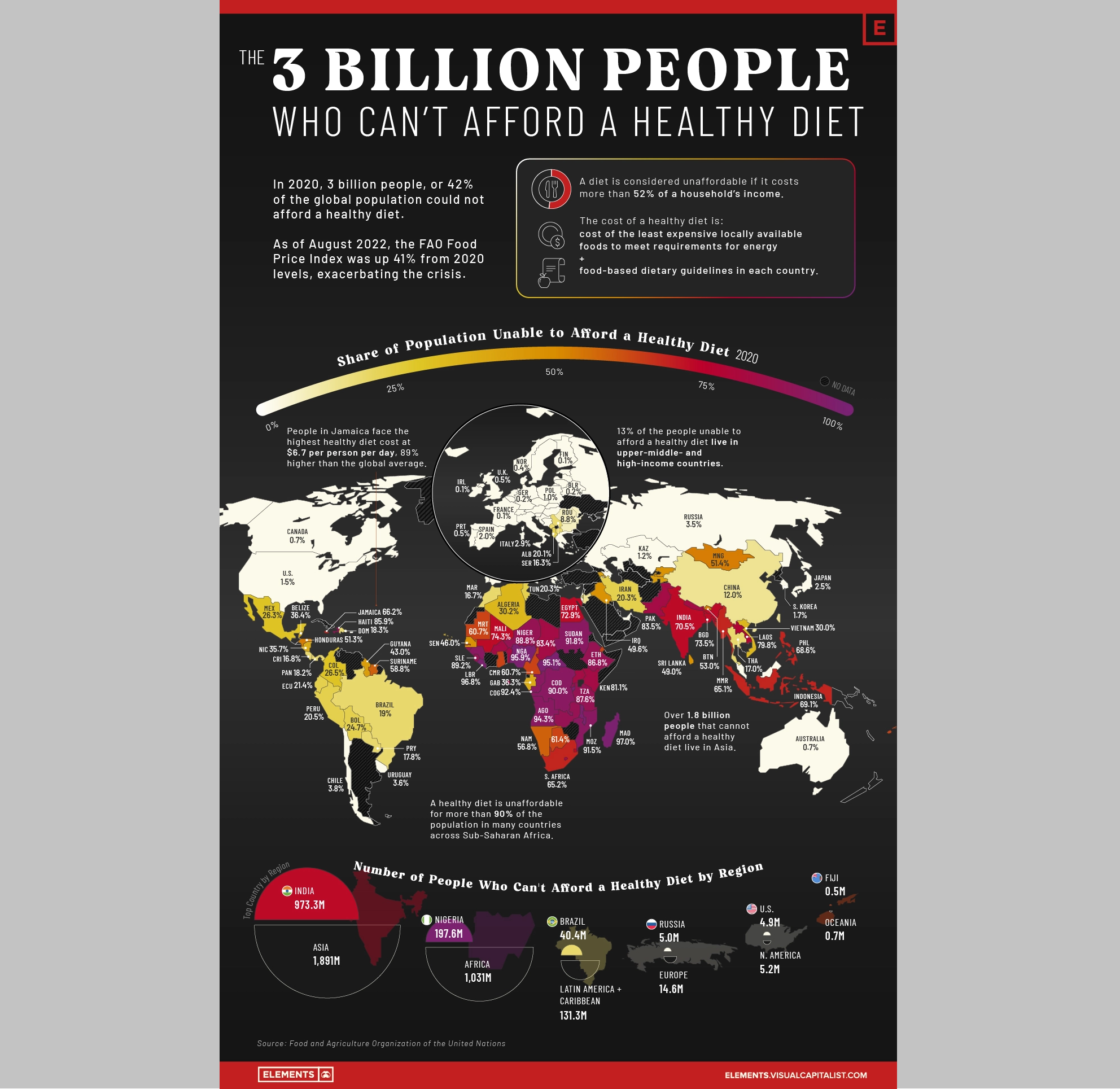 Get A Boost in Collagen and 5 Other Bone Broth Benefits